A downloadable game for Windows

Based on the freeware game The Ur-Quan Masters, this space survival simulation puts you in an alternate timeline with humanity on the run from the Kohr-Ah.

It's really difficult. So there's detailed instructions and a sort of mini walkthrough. But it's still super tough. You need to survive through 100 warp jump gates, while managing the last surviving humans, growing food, repairing the fleet, researching science, all while trying to stay one step ahead of the Kohr-Ah and scavenging resources from planets.

It took about 120 hours to write, and uses about 3000 lines of code. Think of it as a cross between the computer classics Oregon Trail and Masters of Orion, but using the characters from The Ur-Quan Masters, and with a theme similar to the Battlestar Galactica reboot for TV.

Imagine if the Kohr-Ah had won the doctrinal conflict, had wiped out life across the galaxy, and were now hunting the human race. The Arilou appear suddenly, give the last remnants of Earth's survivors a pre-programmed jump gate engine, and your task as fleet captain is to guide everyone to the final destination and some answers.

To do this you need to assign your dwindling crew to various fleet positions: recycling, hydroponics, fleet repair, cruiser construction, medical facilities, training, military police, entertainment, navigation, science research, and finally - a network of spies which monitor Kohr-Ah sympathizers. Amidst the fleet is a secretive cult which venerates the Kohr-Ah and will try to sabotage your efforts.

During gameplay you can manage the crew roster, harvest the current star system for resources, hunt down nearby Kohr-Ah ships, tax the fleet, scrap cruisers for resources, jump to a new system, or simply wait...

Combat can either be automatic, or manual where you issue typed commands to the squadron.

The game was programmed in QBasic 64, which allows Windows compatible executables to be made. I have included the source code in case anyone wants to play around.

All characters from the Ur-Quan Masters belongs to Paul Reiche III and Fred Ford.

The franchise name Star Control is copyright of Stardock.

This game is not affiliated with either. Nor does it use or purport to use any copyrighted materials from Stardock. It simply exists as a satirical examination of characters created by Paul Reiche III and Fred Ford, which were given to the public to create The Ur-Quan Masters game for PC.

If any party objects to this free game, which I am making available for free, and I am not asking for any donations, please just email me and I will take it down. Many thanks.

Download the ZIP and click the EXE. You can also play around with the source code using the BAS file in any decent text editor. There are 3 blank save files. 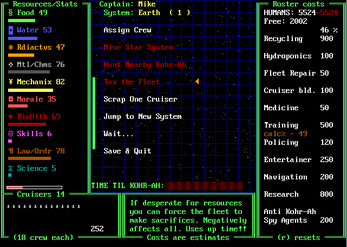 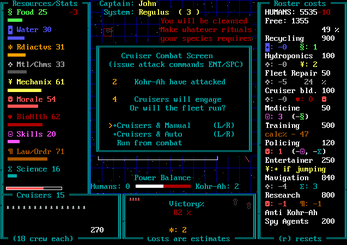 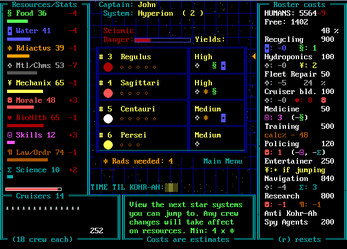 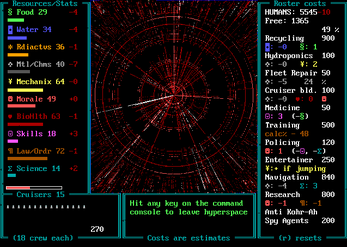 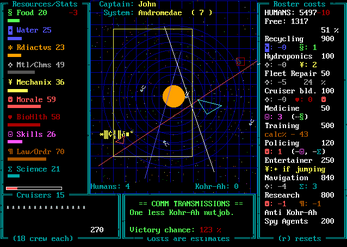 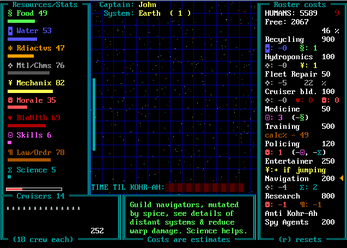 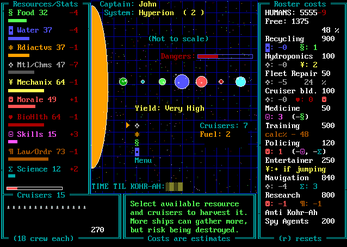 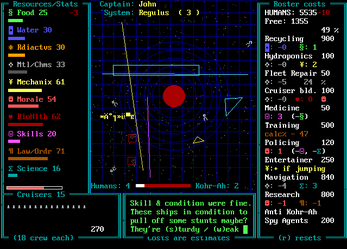